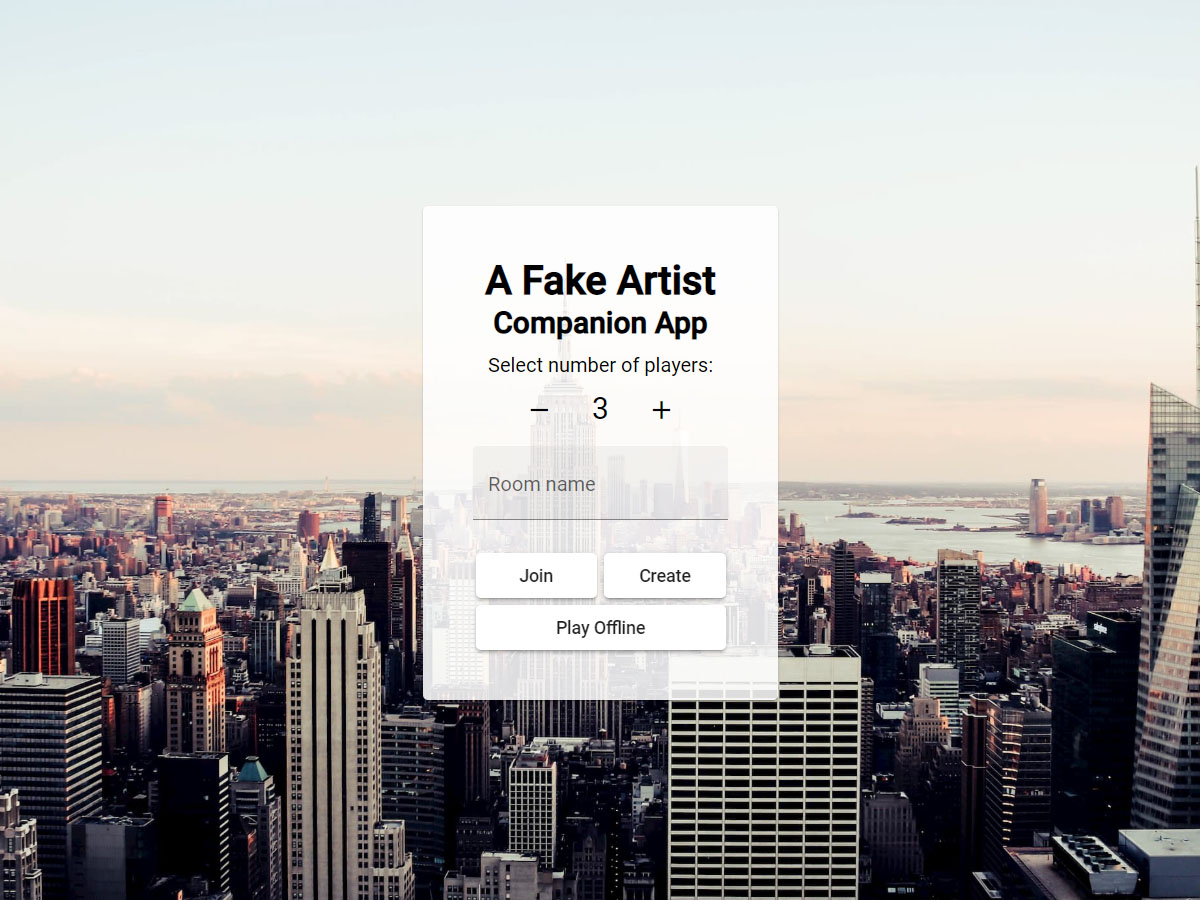 We discovered this fantastic drawing game after it was featured on Polygon’s Overboard but found while trying to play it that the setup was very awkward - especially for new players. This app replaces the whole process making it much faster and easier.

The app has two modes - an online room option where each player joins on their own device and privately views their word, and a single device version where one device is passed between players.

View this project on GitHub